The first one key iambic homebrew by I6QON 1986

The two sides of the lever can be made about the same length (1:1 leverage) despite the maximize size of the mechanism.

Even if the construction under the aesthetical profile doesn't represent the maximum one any beauty, the key it is a lot of performante. It also results very precise with a small spacing of the contacts, and resulting very easy in the manipulation.  I6QON (c) 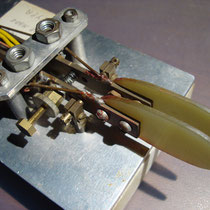 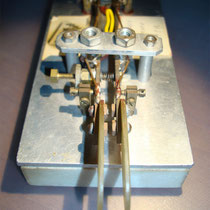 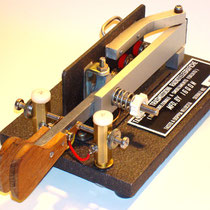 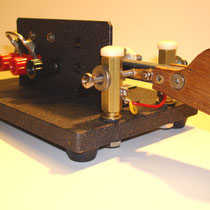 This key can be used as paddle for triggering elettronic keyer,

or modifying the contacts as sideswiper key.

With this key I have gotten a good performance in the manipulation, that not immediately simple and easy to get. From my one man show experience you can follow some fundamental steps. The STK-209 is a sideswiper key that has been built with the contacts to fixed spacing, around 1 mm. This spacing results optimal to begin to work well with this type of key. An inferior spacing would make difficult to learn the technique of the manipulation. Under they are brought some pictures that allow to understand the positions of the fingers, of the wrist, and the oscillations that must be do for getting from this key a good CW. - I6QON (c) - 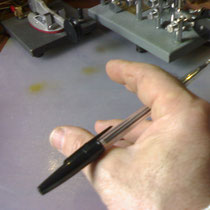 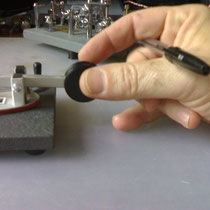 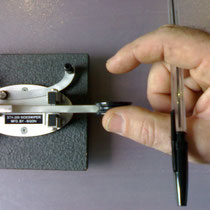 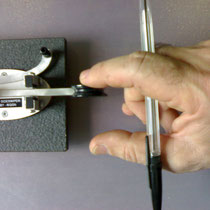 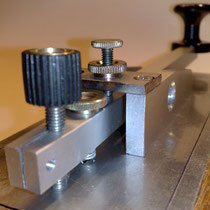 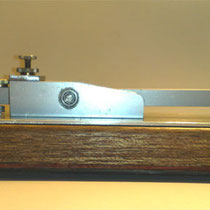 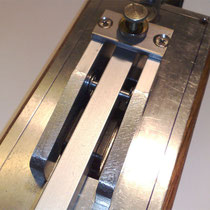 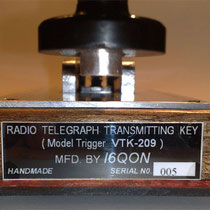 It' was included in the W1TP Telegraph & Scientific Instrument Museum

In 2009 I have been made some improvements on this BUG, as the "Dot's Stabilizer" addition, and the fixed contact of the Dot in copper replaced in pure silver, maintaining the vibrating contact of the pendulum as in origin of the project, in Inox steel 316.

This change has improved a lot the formation of the points, that they result more articulated to any speeds of transmission.  I6QON (c)

You see the photo under.